Wonder, who came out in support of Actor Sanjay Dutt, sentenced to five-year rigorous imprisonment for illegal possession Arms by the Supreme Court on Thursday? Justice Markandeya katju.


Justice Katju, who at present holds the post Chairman of Press Council of India, has demanded Pardon for Bollywood Actor Sanjay Dutt.

Now, Justice Katju speaks logical, but not all times. In this particular demand, his intentions may be honest; but the demand is not logical.

Indian Justice System works on the principle ‘Equality among Equals’:


The justice system in India offers “Equal Treatment among Equals”. This means that two persons in a court case will not be treated equally, if they socially, economically, hierarchically, are not equal. An example, Say a common citizen bribes a high ranking official to get his house registered. In this case the Court will not see the briber and the beneficiary as equal. The reason is: The citizen bribed only to get his illegal house registered. The high ranking official, had no such dire need. He simply took the bribe (an unlawful act) to become more wealthy. Here the briber and the bribed are not equal. The court will consider that while giving verdict. 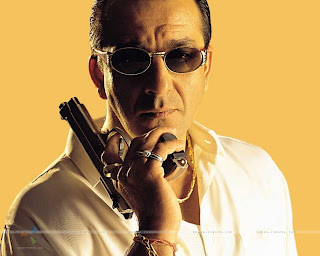 The people who are demanding pardon for Sanjay Dutt; are saying that the Law is not treating people equally. Simply because Sanjay Dutt is a celebrity, he received five-year rigorous imprisonment for a crime where ordinary citizen gets leniency.

This is a skewed logic. As Indian justice system doesn’t treat all people equally. Indian Justice System practices the principle ‘Equality among Equals’.

The court awarded Sanjay Dutt five-year rigorous imprisonment for illegal possession of Arms by the Supreme Court as Sanjay Dutt is not a common citizen. He was born in an elite household, had the opportunity to go to best of schools, had traveled the world, he is rich. He is powerful and has access to the same (his father late Sunil Dutt was a Congress politican). In short he has everything which must have made him more responsible. More responsible than a poor man who has loads of struggles.

That part, illegal possession of Arms is not a small offence. It’s a big problem, not only in USA, but also in India. All those states in India, where we have Naxalite problem, are the ones which once had unlawful Armed gangs.
Hence, lets not support Katju here. If rich and powerful go to jail for offences like this; only then the country can be saved from System’s high handedness.

Previous: Why Arvind Kejriwal is NOT Mahatma Gandhi!

Next: Working women: Motherhood or Career… What to Choose?